What would happen if we put colleagues from 3 different countries and 7 different teams together and let them be as creative as they can over a 48-hour period? 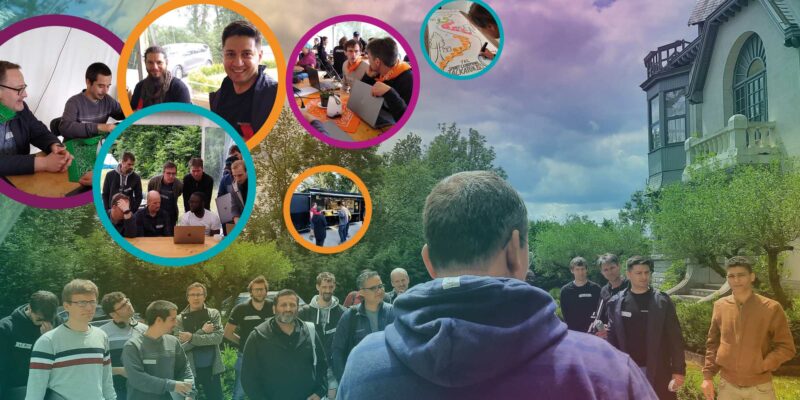 The 1st of June 2022, Dstny arranged its first Hackathon. It was an exited team, made up of people from 3 different countries, that arrived at the event that was held in the southern part Belgium. Over a three-day period, and a total of 48 hours to do the actual work, the teams were going to work cross-functionally, solve new problems and, maybe most important of all, get to know each other.

“I have been wanting to arrange something like this for a long time” says Amaury Demilie, Smart Cloud Phone Product Manager at Dstny. “It is always hard to find the right timing to gather such a large group, and now when Dstny is in state where a lot of things are developed and released in a short time period, it was a bit extra challenging. But we really wanted to do this event, so we simply had to make time”. 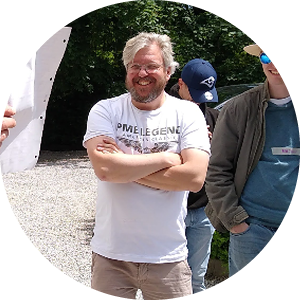 It was a mixture of different competences that came to the event. There were Softphone developers, Android developers, backend developers, dev ops, product owners, scrum masters and UX designers, among others. In total, 42 people attended the event.

Creating such an event takes a lot of planning. A large group were involved in making this happen, but an extra effort was put in by Karen De Boek, Marie Jacqmin, Alexis Carbonnelle and Amaury Demilie, who was the host for the event.

“From a company perspective, we had three main goals with this event” says Amaury. “We wanted to demonstrate that we can innovate fast, that we can form hybrid teams depending on the needs of the products and to give space for personal development to our team members. Something we achieved in plenty.”

Patrik Granholm, CTO UCaaS at Dstny, was also involved in the planning. “It was important that the teams were involved, throughout this experience. That is why sessions were held beforehand to come up with ideas of what to work on. Then the teams got to vote on what ideas they were to take into the event” says Patrik. 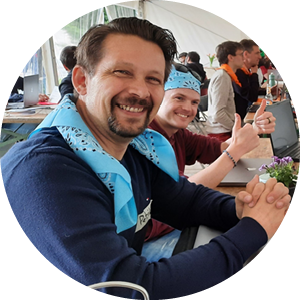 After some gathering, organizational preparations and so on, the Hackathon was launched, and the teams went to work on their projects. Follow-ups, almost like a daily stand-up meeting, and retrospectives were had to see how the teams were developing. At the end of the event four colleagues, representing stakeholders, joined to see the outcome.

“We wanted to encourage the teams to work cross-functionally and learn where in the organization they could find a specific competence” says Patrik. “That’s why we had printed out tokens, which you could use to buy knowledge from other teams”.

Of course, there was not only work during the event.

Two barbeques were held, a food truck came to serve classic Belgian French fries with chicken. Marie made an amazing pasta Bolognese to the entire event.  All in all, a lot of food was served.

“We definitely had a lot of food” said Amaury. “We put a lot of effort into creating a family-like atmosphere where everyone feels welcome and included.”

But mainly, the focus was on the tasks at hand.

“With these types of tasks, there are always ups-and-downs” says Amaury. “It’s always harder when you come across a problem. Some teams said early on that they didn’t think they were going to be able to achieve much during the Hackathon. But towards the end, all teams were so excited about their projects, adding functions and fixing details. For me it was great seeing how much they could actually achieve in such a short time frame, and how passionate they were. It’s very promising for us as a company to see that the tasks, in themselves, can be the adventure”

What was the outcome?

During the event, 9 different projects were worked on. Here are a few examples:

A doorbell connected to ConnectMe. A smart business card with a presence-integrated QR code. Telephony integration towards Metaverse. Widgets towards cars and smart watches.

“We had one project to put as much smart cloud telephony functionality on Kubernetes as possible” says Amaury. “And the team managed to do about 50% of the work we had planned over a longer period, during these 48 hours, which was really impressive”

“Of course, a lot of work was done, imagine how long all these projects would take if we did them “the normal way”. But the event also helped people to get to know each other” says Patrik. “Something that is really important if you want to create a cross-functional team that knows each other’s specialties”.

Patrik continues by saying “The teams really showed a strong passion towards their projects and one of the most common feedback items we got was how they wanted to continue developing these, going forward.”

“This was an amazing event from an organizational point of view, but the greatest success was the energy and spirit coming from all our colleagues” says Amaury.

Will there be more Dstny Hackathons in the future?

Given that the event was such a success, Dstny would love to arrange similar events.

“We would love to continue to have these types of events in the future. This is a great way to push innovation forward and to also to merge the teams from different countries to create team-spirit and friendships” says Patrik.

One thing is for sure, we are really happy that this event was held. The team members impressed us with the speed of innovation and creativity.

A big thank you to everyone that helped make this happen, and to all the members that attended. You are all an important part of creating Business Communications, today and tomorrow.

It’s not uncommon to encounter an AI bot that feels stiff and rigid. You know, the ones where you’re almost afraid of writing your questions in a sentence, because you think it...

The future IoT trends to keep track of in 2022

In a connected world, one would think that the Pandemic would have seized power from the development of IoT as we were adamant about social distancing. However, IoT actually saw a ...

Actionable insights - How your data can be turned into business value